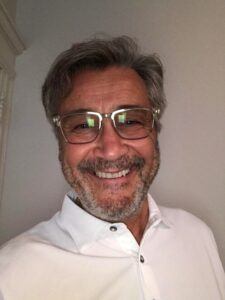 When I was diagnosed with prostate cancer in 2016, my doctor explained the options for the cure, and recommended a prostatectomy as his choice amongst all the options including HIFU.

I sought three other opinions and the recommendation was the same….removal. So, I scheduled the operation. Then a friend told me that I should look into HIFU and suggested I get a T3 MRI so that the cancer can be seen and I would know better what I’m up against.

I looked for doctors on the internet and Dr. Scionti was listed as well as a few others.

There was a HIFU organization that I contacted to get their recommendations but they could not provide an opinion. What they did say was that Dr .Scionti has reported over a thousand procedures and I was told that that’s generally a good sign because doctors tend not to report all procedures and that experience in HIFU is critical.

I felt pretty confident in considering Dr. Scionti so I made the call and his assistant told me to send a copy of the T3 MRI to him and he’d get back to me which he did very quickly.

He told me that the cancer was small and positioned well and that I was a perfect candidate for the procedure. I loved the fact that he took the time to listen to me babble on about everything I learned and all the questions I had. He was able to calm my nerves and give me confidence that I was at the right place. I have to say that months of anxiety disappeared after that call.

I made my plans for the procedure. Upon arrival to his office, I had a sense of greater assurances meeting Dr. Scionti, the anesthesiologists and the staff. ‘This place is buttoned and no doubts entered my mind. Furthermore, Dr. Scionti showed the image of my cancer and explained what I was looking at. Now it really sunk in that I had made the right decision contrary to all the others and that I almost fell prey to the industry’s business model….prostate for profit!

Well, the procedure went perfect as I told afterward and one year later upon a scheduled visit and a new T3 MRI Image, there were zero signs of re-occurrence, sex health, urination basically unchanged. I guess I couldn’t ask for a better outcome.

In closing, I have to say that if my friend (not a professional) didn’t grab me and say ‘hey, get a T3 MRI to see what you got’ it might have been a totally different outcome and certainly not for the better. It was fortuitous because I was not private about my condition. I let others know and good advice came to me, so talk it up and don’t fall prey to industry biz model traps and protocol standards to payoff their equipment. That said, do your homework and start with understanding HIFU as I believe it’s the best option of them all!

BACK TO VIDEOS
Request More Information Speak with a Nurse