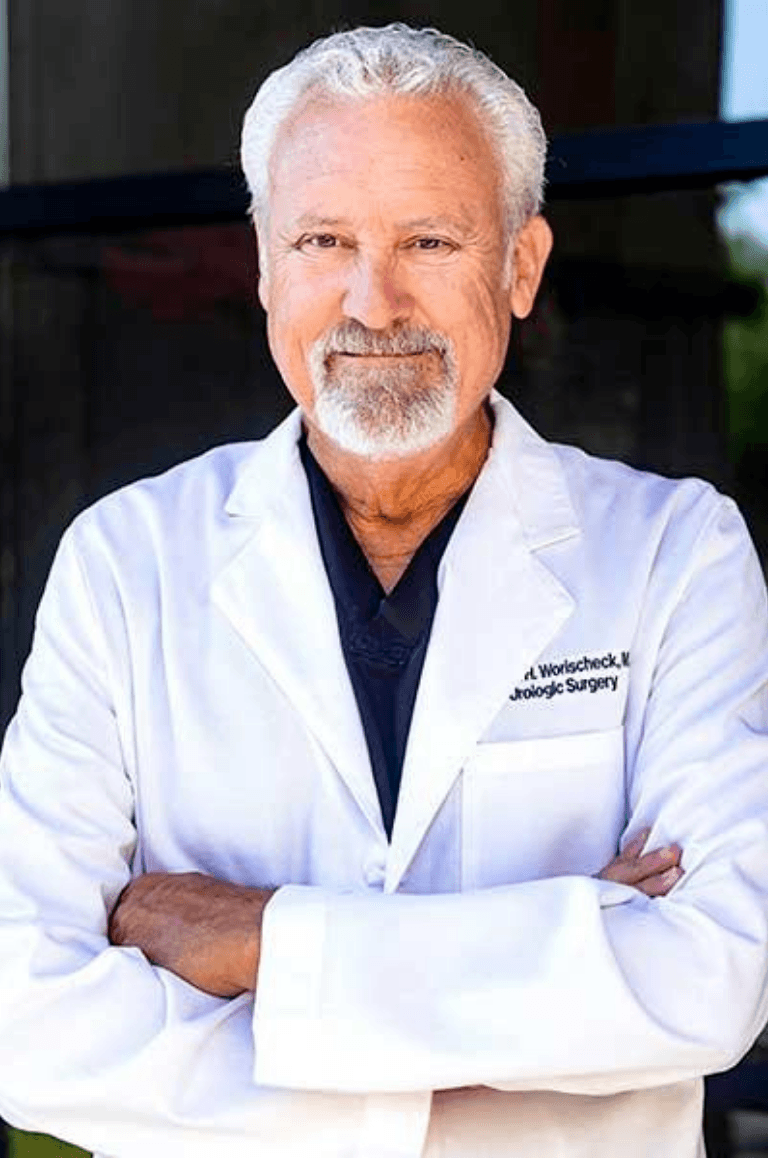 Dr. Worischeck is certified by the American Board of Urology. A native of Arizona, Dr. Worischeck returned to Arizona following his surgical training in St. Louis, Missouri. His first position was in the Department of Surgery at Maricopa Medical Center where he was the only urologist at the facility during his first two years of practice. Thereafter, he joined Casa Blanca Medical Group, a large multi-specialty group in the East Valley, until the group dissolved in 2000. He has maintained a reputable and thriving private practice since then.

Dr. Worischeck practices general urology and specializes in minimally invasive treatment of urologic conditions. He treats all forms of urologic disease. He identifies and partners with physicians in the region who make it possible to offer the latest in medical and surgical management of the various conditions seen in a urologic practice.

Dr. Worischeck has been recognized as a Top Doctor by “Phoenix Magazine.” He has served on numerous executive and administrative boards, and continues to do so. He regularly speaks at programs designed to educate physicians in the care and treatment of urologic disease. He supports community outreach education programs as well.