Diplomate American Board of Urology 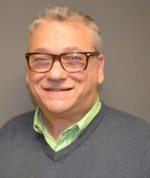 Peter A. Sinaiko is a board certified Urologist and a Fellow of the American College of Surgeons. Dr. Sinaiko has been involved in performing HIFU therapy for patients with organ confined adenocarcinoma of the Prostate since 2008. Dr. Sinaiko has been practicing Urology in Bucks County Pennsylvania since completing his Urologic training at Temple University in 1976.

The emphasis of his practice, since it’s outset, has been to provide the highest quality urological care to his patients while employing the most modern, minimally invasive evaluations and treatments in a transparent patient-physician environment.

In 1987, Dr. Sinaiko introduced transrectal Prostate ultrasound and office based urological ultrasound to the Southeast Pennsylvania area thus improving the delivery of minimally invasive diagnostic modalities to his patients. The natural evolution of diagnostic Prostate ultrasound was to use ultrasound technique to treat prostate cancer in a minimally invasive manner. Dr. Sinaiko was also the first Urologist in Southeast Pennsylvania to perform Prostate brachytherapy using I-125 seeds in 1993 – over a period of 10 years. During the same timeframe, Dr.Sinaiko performed ultrasound guided cryosurgical treatment for organ confined recurrent prostate cancer.

During the early part of the 21st century, Dr. Sinaiko became aware of HIFU therapy and followed the worldwide literature concerning HIFU therapy. When HIFU became available to American Patients on an “off shore” basis, Dr. Sinaiko travelled to Nassau, Bahamas to receive instruction in applying this therapy using the Sonablate system. Subsequently, he provided his patients with the opportunity to receive HIFU therapy in Nassau. Three years ago he moved his HIFU practice to Can-Am HIFU at the University of Toronto. In Toronto, he began successfully performing partial prostate ablation where possible instead of whole gland therapy.

Dr. Sinaiko became the first Urologist in Southeastern Pennsylvania to offer HIFU as part of his Urological practice. During that period, (2008-2016) he has treated about 35 of his own patients and has participated in the care of many other patients who have received HIFU therapy. Dr Sinaiko’s mentors in providing him with didactic instruction, hands on preceptorship, and mentoring were Dr. Steven Scionti and the Urologic Oncologists at the University of Toronto through Can-Am HIFU.

HIFU was approved as an ablative prostate therapy on 10/9/15. At that time Dr. Sinaiko formed a partnership with Can-Am HIFU to bring Sonablate 450 therapy to Southeast Pennsylvania and Central New Jersey. In June of 2016, the Can-Am/Sinaiko partnership merged with Vituro Health in order to provide the highest quality concierge level of service to our patients. In addition to providing the highest level of prostate cancer care, Dr. Sinaiko also delivers premier men’s health care in areas of sexual dysfunction, erectile dysfunction, male hormone replacement therapy and other male related health issues.