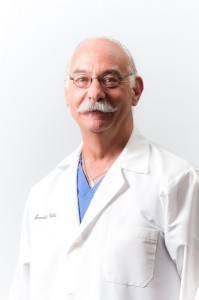 Dr. Arnold J. Willis  was born in Philadelphia and attended Thomas Jefferson Medical School of the Thomas Jefferson University. After finishing medical school, Dr. Willis pursued post graduate studies at the George Washington University Medical Center at which point he finished three years of a general surgical residency followed by three years of urologic surgical residency culminating in graduation and board certification in 1980. At the time of his graduation, he was awarded the resident’s prize by the Washington Urologic Society and was pleased to go forward into private practice with a clinical associate professorship at the University. He remains active at George Washington University and at Georgetown University Family Practice training center at this time.

Dr. Willis has published many articles about minimally invasive treatments for prostate cancer. He has additionally developed, operated and expanded Mid Atltantic Cryo-Therapy. He has also developed HDR in the region and brachy-therapy programs to treat prostate cancer.

He is married to Lilian Mortensen who is a Danish citizen and he enjoys time in Denmark with his family. In addition, he has three sons, Adam, Simon, and Andreas Willis who help keep him active and young. Dr. Willis’ hobbies include fishing, skiing, tennis, squash, and sailing. He can be found actively pursuing these avocations while continuing his work as a practicing and investigative urologic physician in the Washington Metropolitan area.