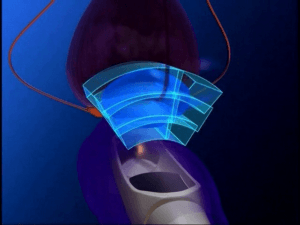 HIFU (high intensity focused ultrasound) is a minimally invasive procedure which offers dramatically reduced side effects. HIFU treatment eradicates prostate cancer through the precision focusing of sound waves to a targeted spot. The process results in the creation of heat due to the interaction between the sound waves and the cancerous tissue to destroy cancer cells. To see the treatment in action, watch the HIFU animation video at the bottom of the page!

HOW IS HIFU DIFFERENT?

HIFU is a minimally invasive procedure which offers drastically reduced side effects, such as erectile dysfunction and incontinence, and the same efficacy rates as traditional, more invasive prostate treatment options. Worldwide, more than 50,000 men have been treated for prostate cancer using HIFU. In 2014 and 2015 thousands of men left the United States to seek HIFU treatment and its many benefits prior to HIFU receiving FDA clearance in the fall of 2015.

HAS HIFU BEEN WELL-STUDIED?

Although HIFU therapy was FDA cleared for prostate ablation in October 2015, the technology has been around for three decades and has been used to treat prostate cancer since 1995. Several studies have been published on HIFU effectiveness showing men that with low- to moderate-risk disease achieve excellent disease-free rates and excellent negative biopsy rates. The most recent HIFU study shows overall survival five years following the procedure is 97 percent, which is no different than traditional treatments; in addition to excellent long-term survival, it is metastasis-free survival at 97 percent. 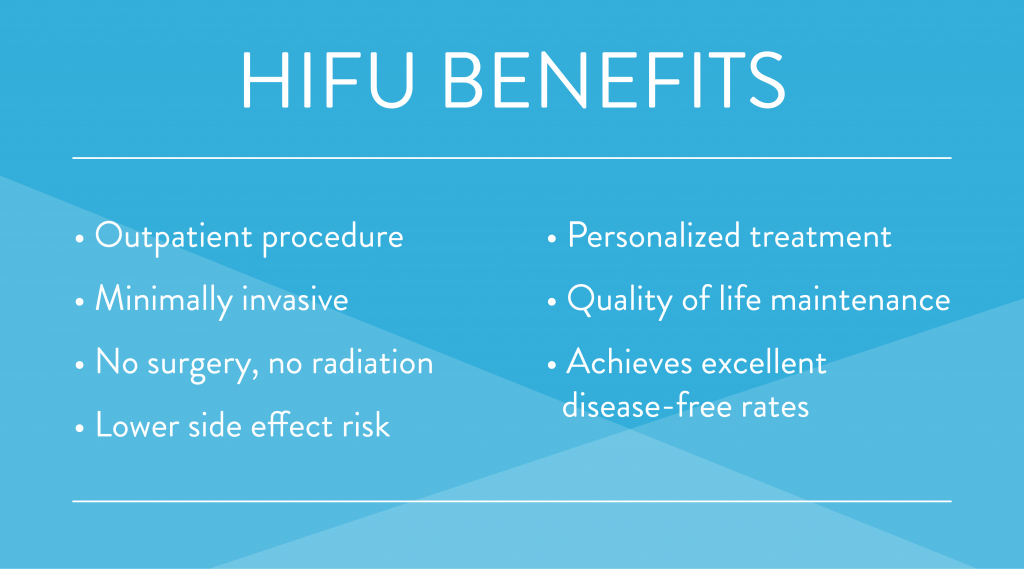 DOES HIFU HAVE SIDE EFFECTS?

The advantage of HIFU performed by an experienced, peer-to-peer trained physician, such as those at Vituro Health, is the minimal risk of side effects. However, urinary tract infections can occur following HIFU therapy since a catheter is used in the immediate days following treatment. Other side effects can include effects on the frequency and urgency of urination, mild discomfort, or discharge in the urinary stream in the first few weeks following HIFU.

If an inexperienced and untrained physician performs HIFU, the same side effects that accompany traditional prostate cancer treatments, such as incontinence and impotence, can occur.

DO I QUALIFY FOR HIFU?

Every patient is different and there are many important factors to be taken into consideration to determine if a patient is a good candidate for HIFU treatment. Schedule a consultation to find out if you qualify.