Retired golf professional Richard Gaffoglio, 68, was diagnosed with prostate cancer in December 2015, but he began to pay close attention to his health once his bloodwork first showed an elevated prostate-specific antigen (PSA) level in 2012.

In 2012, the Cartersville, Ga., resident sought treatment from a local urologist and endured two prostate saturation biopsies to investigate the increased PSA level, both of which came back benign. After experiencing what he described as “that initial euphoric feeling of, I don’t have cancer,” Gaffoglio still worried about his elevated – and rising – PSA level.

As fate would have it, Gaffoglio knew Vahan Kassabian, M.D., F.A.C.S., medical director at Georgia Urology and Vituro Health partner physician, for many years through his work.  After Dr. Kassabian learned of Gaffoglio’s PSA level, he recommended methylation testing, which led to the discovery of Gaffoglio’s cancer.

“Out of 17 tissues sent off, one came back positive. So I was sent to a doctor in Chattanooga, Tenn., for a MRI-guided biopsy on Dec. 23, 2015. The MRI-guided biopsy ultimately located the cancer on top of my prostate, which the doctor told me would have never been located in a random biopsy because of its location.

I found out the good and bad news on December 27.  I had prostate cancer, but it was still in my gland. I was in to see Dr. Kassabian by Jan. 4, 2016. I already knew a bit about HIFU because he had told me about it over the years. I have great respect for him, and I know other medical professionals in Atlanta do too, so I knew I was in the right hands.

Dr. Kassabian told me I had two options for HIFU: travel to Sarasota, Fla., where Vituro Health Medical Director Stephen Scionti, M.D., performs HIFU, or wait until spring when Dr. Kassabian’s machine would be installed at his practice in Georgia. My wife answered this best. She said, ‘his anxiety won’t make it until April.’

I had not the first iota of pain from the procedure; where the catheter came out I had a little discomfort, but it was removed six days later.

The week after the procedure, when I told people I had prostate cancer and had it removed last Tuesday – they would look at me like, ‘what?’ It’s a blessed story.

Dr. Kassabian is a special man when it comes to medicine, and he is way ahead of the curve with this procedure. I told him I will be his first and greatest ambassador. I will speak to everyone.

I was very fortunate. I had the right doctors at the right times and a procedure that hopefully in two months will have my PSA level down to a range much more normal for my age.

I appreciate everything. Because of this technology, what had for years been a very scary and uncomfortable situation for men, was a very pleasant one for me.” 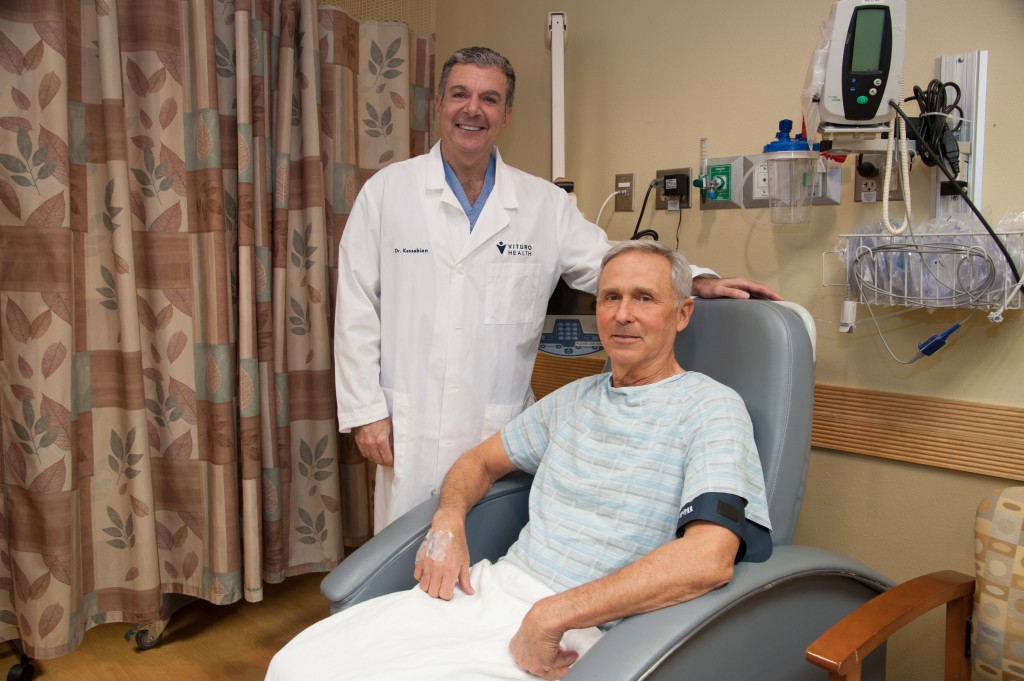 If you would like to learn more about HIFU and the comprehensive prostate care program offered by Vituro Health, please fill out our contact form or call toll-free: 866-4VITURO (848876).