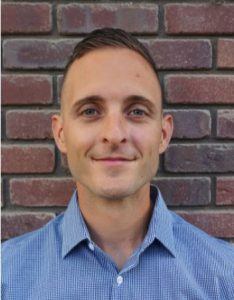 In this blog, we spotlight our High-Intensity Focused Ultrasound (HIFU) Clinical/Equipment Engineer, Robert Dearing. Robert works closely with HIFU equipment to ensure it is working at peak performance. We asked him a few questions, both on the technical and personal side, so you can know Robert Dearing!

What are your hobbies and interests outside of work?

I love exploring and being outdoors, and whatever activity can free me from the confines of the city, I’ll try. Mountain biking and running/training for marathons are currently my two favorite hobbies. I’m also an avid traveler, with the number of countries I’ve visited at 28, and the number I’ve lived in at 5. My most recent trip was to the Alps in Europe where we hiked in Switzerland, ran around the lakes in Northern Italy, and went on an adventure quest in Slovenia. To sum it up I am an active guy with a passion for exploring and learning about imaging/treatment technologies.

What is your background?
I have an Associates in Science with a focus on Electrical and Mechanical Engineering, and I am finishing up a bachelor’s degree in Mechanical Engineering. However, I first started my university career as a nursing student. After a short time of being in that program, I had the opportunity to travel the world while working for a humanitarian company. I did this for five years and lived in multiple countries, such as Ecuador and Fiji. During this time, I realized I would be able to reach more patients if I developed a medical device, and that’s how I chose to pursue a path in engineering.

What are your thoughts on HIFU?

The first image that pops up into my mind when we talk about the power of HIFU is of the StarTrek symbol. For generations, Sci-fi movies have dreamt up medical devices that treat patients rapidly and perform minimally invasive procedures, and to me, that technology is here with HIFU.

How have you seen HIFU help patients?

I have heard and seen patients speak about HIFU as a tool that has rid them of a deadly disease. A disease that when previously diagnosed there was little hope of continuing on with your same way of life. I have seen men treated with other procedures who are now having to deal with severe life-altering symptoms related to their treatment. Whereas with HIFU the risk of side effects is drastically reduced, the efficacy is nearly the same, and their recovery is much quicker.

What do you hope to see from HIFU in the future?

I hope and am confident, that HIFU will be used to treat many different diseases. We are already seeing HIFU being used successfully to treat patients with Tremors, Uterine Fibroids, just to name a couple.

What is involved with the testing of HIFU equipment?

We conduct many tests to ensure the patient’s safety is not jeopardized. For example, before every case, we test the power output of the device to confirm that we are delivering enough energy for adequate tissue ablation. We do this by firing energy into acrylic blocks to visually check that the system is calibrated, and we also measure the output by way of an Ultrasound meter. The Ultrasound meter is a highly sensitive scale that measures the focus in Watts.

If you had prostate cancer would you trust HIFU for your treatment?

Absolutely. My way of life is too important to me and HIFU offers the best opportunity for an individual to maintain that.

In your opinion, how does HIFU compare to other cancer treatments?

Though HIFU is not the best option for all patients, I believe that in this current market of existing treatments HIFU stands above the rest with its proven efficacy and reduced risk of side effects.

What do you think is the greatest benefit of HIFU?

It’s precision to treat tissue within the body without treating the area in between the focal point (the area where the sound waves meet) and the transducer (where electricity is turned into the sound waves). We are at the point where we can image and treat without having to use a scalpel to cut into the body.

More posts under Quality of life